The 13 in 2013 challenge has made it quite an incredible year for me. I ended up completing not only 13 races but a total of 17, including my 1st, 2nd, 3rd, and 4th half marathons. I also ran my first full marathon and improved my 5k time by almost 5 minutes. In the process, I completed my first double digit run ever and logged more than 750 miles. (January 19, 2013 - @MamaDeak Ran my first ever 10 miler this morning. Aside from giving birth to my son, it's the most powerful I've ever felt. #TLAM2013 #MotherRunner)

I ran through grief and a little bit of heartache. I ran happy and with expectation for the future. I ran with friends and family. I ran with teammates and I ran alone. I ran up and down the east coast - from Buffalo to Boca Raton. I ran in the sweltering heat and in the freezing cold, with wind whipping in my face and snow sticking to my eyelashes. I jumped over snakes, dodged spiders and ate bugs. I'm on pair #3 and #4 of running shoes since I took up running 2 years ago and on the 3rd incarnation of my wardrobe given that I've lost 45 pounds in the last year.

Through my races and the training that has come with them, I have learned one incredibly important lesson about myself - I need to run.

After completing my first full marathon and following it up with my first Run Disney race less than a week later, I took a lot of time off. I went from November 9th until December 17th not running anything more than a couple of 5k races (literally it was two - a Turkey Trot and a Mistletoe race). I thought that I was doing the right thing in taking all that time off from running and maybe my body did need a big chunk of rest, but my mind and my soul needed to run.

November and December were incredibly difficult months for me - professionally and personally. You name it and I had it going on. Life was piling on and running was the one time when I would have had the clarity to make sense of it all...or just stew when I couldn't. Without running I become irritable, anxious, and increasingly sad. Not running during the dark yet busy months of November and December only made these things worse. I'm reminded of a quote from Dimity McDowell that I read earlier this year, "Because sometimes running is the only thing to do when you don't know what to do." For me, I know now that couldn't be more true.

I began training again Christmas week and by Day 2 I felt like a new person. I was thinking more clearly. I was embracing life in a new way. I was caring much less about what other people thought and much more about what was right for my own journey on this planet. It's amazing what a few good runs can do. After my first week back to marathon training - this round of training is with the goal of a BQ - I knew that I could never take that long off from running again. My body, mind, and soul just need it too much. So what did I do? Well, I signed up for 14 in 2014. 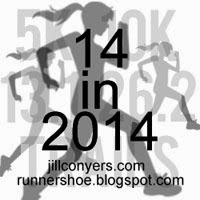 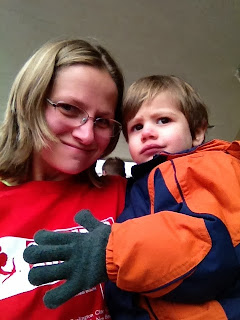 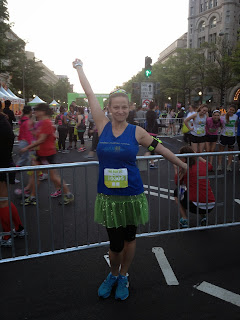 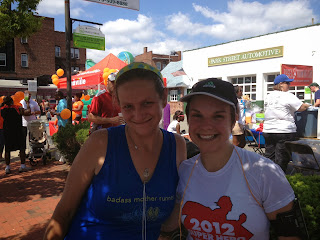 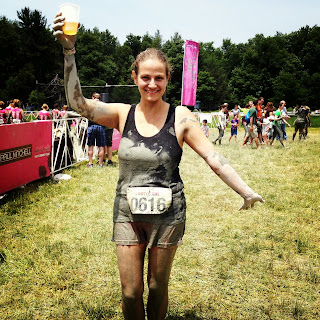 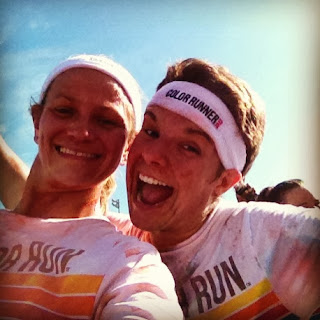 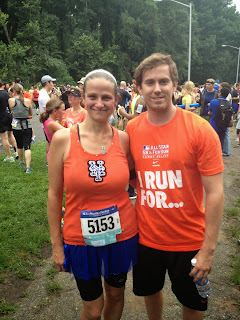 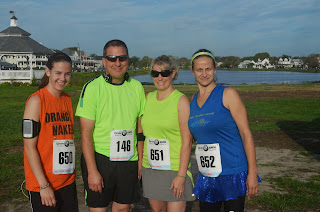 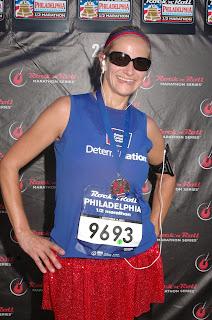 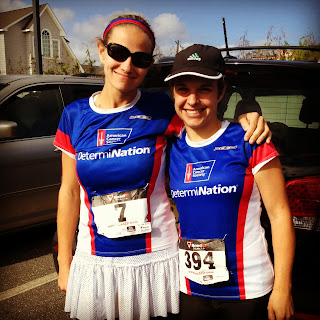 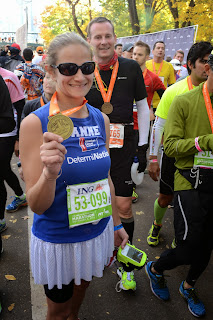 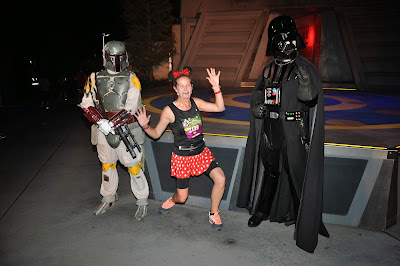 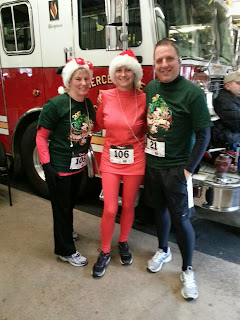 2013 was a great year. I ran some amazing races, met some awesome people, and had some of the most inspiring experiences of my life. Having already logged my first 6 training miles of 2014, I can't wait to see where this year takes me. I have no doubt it will be one heck of a ride.
Posted by Anne D at 11:46 PM