Prologue: On the first Sunday of 2013 I attended worship at Community Presbyterian Church and received an Epiphany star with a word on it as a part of the worship service. The idea was that it would be a word for us to consider in our life during 2013. When I returned home that Sunday, I taped the star to the top of the mirror in my bedroom so I would see it throughout the year and at the very least think about it. It became much more than just a word to think about though. In fact my word - BELIEF - became a central part of what God was doing in my life over the last 12 months. I wrote a blog post when I received the star and I think this post will, in many ways, bring the year full circle.
The Story: One of the most important things I have learned to do since Joe died is to pay attention to the people, places, and things around me, to do my absolute best to be present in my life. As I have done this I have discovered more and more moments of connection or as I simply like to think of them "signs".

Sometimes it's as big as winning a contest for Opening Day Mets tickets (which happened last year) but sometimes it's as small as the perfect song coming on my random shuffle at the perfect time (which happened many times last year). To some, these things are simply coincidences. To me, they are a quiet whisper to "Don't Stop Believin'" and I love that the universe always seems to have a way to hit me with one just when I need it.

It's been a challenging two weeks for me. It started on Sunday, January 5th with this and never really stopped. This coming week won't be any easier, especially getting through it down one friend.

However, somewhere in the midst of it all, I have once again found a strength I didn't know I had and a peace I had never imagined. So much of that I owe to those moments of connection I have encountered along the way.

In the days immediately following January 5th there were countless calls, texts, tweets, comments, and messages of love from the many amazing people in my life. Time after time it seemed like just when I was about to crawl in my bed and pull the covers up or bang my head on my desk repeatedly, another one would come rolling in. I'm thankful for that. It gave me strength and it helped me to keep believing that things would get easier.

It didn't take long before the little signs started adding up to a flood of reassurance.

There was Avery Watts who tweeted about my December 5k in the 28 degree snowstorm.


Could you run 5 Kilometers during a 28 degree snowstorm? @MamaDeak did, with a little help from "A Cut Above." http://t.co/HeeVvHqyjs
— Avery Watts (@averywatts) January 8, 2014

Then there was the big news from The Afghan Whigs - almost as if Greg Dulli was responding directly to my tweet from that Monday. Just as I was getting ready for bed last Wednesday night came the notification on Facebook that The Afghan Whigs are playing at Coachella this year. I won't be going to that show, but the popularly held belief is that a Coachella appearance is only an indicator of more to come. Oh, what I would give for another Afghan Whigs tour right about now.

Around lunchtime on Thursday, January 9th came the email that New York Road Runners was reopening the lottery for the NYC Half Marathon. One week later I received confirmation that I was accepted into the race.


Friday morning I got in my rental car to start my work day feeling the lowest I had all week. I had been in Florida for work since Wednesday morning. I was missing my son incredibly and couldn't stop thinking about my friend. It had been a rough week of work and all I wanted to do was go home. I plugged my iPhone into the USB and wouldn't you know it, the random shuffle came right upon Don't Stop Believin' - just what I needed.

My rough week of work got much better on Friday. My co-worker and I had a good day out in the field and I was able to stay focused enough to check a lot of items off my to do list. By the time the end of the day rolled around I was ready for a change of scenery.

I found myself drawn to CityPlace with its strong connection to Joe. It was there over drinks at Wet Willie's 8 years ago that I realized Joe and I would make it this second time around. I figured that I would have a drink at Wet Willie's and reminisce a bit before going to my friend's house for the night. My heart sank as I climbed the stairs to the bar only to realize it was no longer there. I almost broke down into tears and I almost turned around and left except that there was a guy playing some great live music outside at the B.B. King's Blues Club. I was drawn in so I found a seat with a good view of the music (& the spot where Wet Willie's used to be) and I ordered Joe's drink.

Gin & Tonic. Beautiful rendition of Stand By Me. Perfect FL weather. The spot where we fell back in love. <3 this moment & the tears.
— Anne Deak (@MamaDeak) January 10, 2014 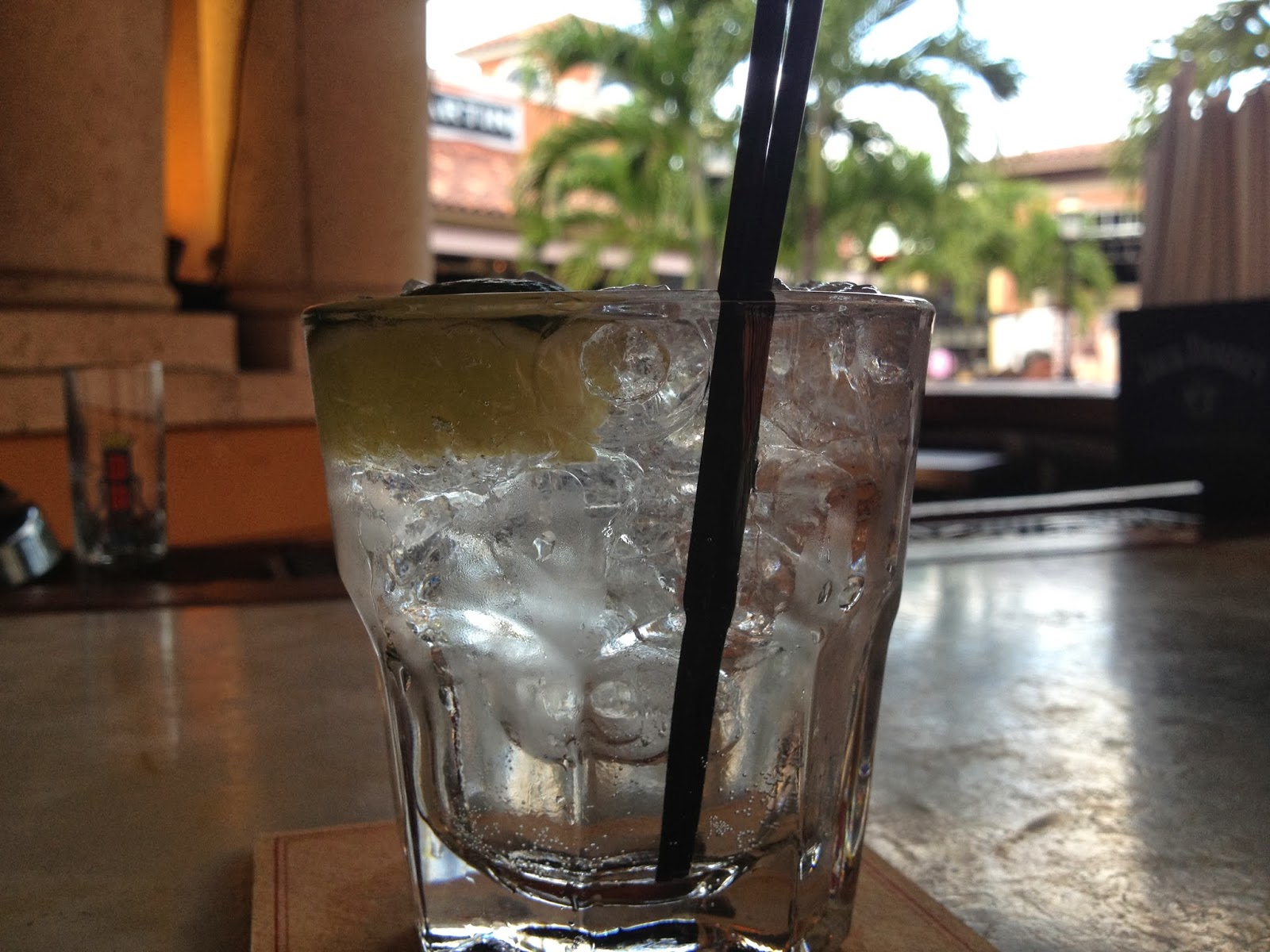 I spent a sweet hour there, remembering Joe and what it was like to share a true love that was until death parted us. It was a time of deep self-examination for me. Maybe it was the spot, maybe it was the music, maybe it was the gin and tonic - maybe it was the combination of all three - but it was also one of the few times over the last two years when I have actually felt Joe's presence and it couldn't have come at a better time. As I was paying my tab and getting ready to leave, I couldn't have asked for a better exit song.

Somewhere Over The Rainbow finale. Just perfect. Thank you, SoFl. I can always count on CityPlace.
— Anne Deak (@MamaDeak) January 10, 2014

I had one final moment at the PHL airport after flying home from Florida. I was walking out of the U.S. Airways terminal with too many memories swirling around in my mind. The tears were welling up in my eyes and I just started praying while I was walking. It went something like, "please God, my heart hurts and I want to find someone again who I can share my love with who will be able to love me back. Whoever that is and however that's going to come to be, I want it to happen."

I kept walking out of baggage claim to wait for the parking company to bring my car around and I remember thinking that I already have so much love in my life. I thought about my son. And my family. And my friends. Yet even in that there is this space in me that knows how wonderful and full love with a partner can be and that longs for that again. Then, I reached the curb, set down my bags and saw this on the ground in front of me: 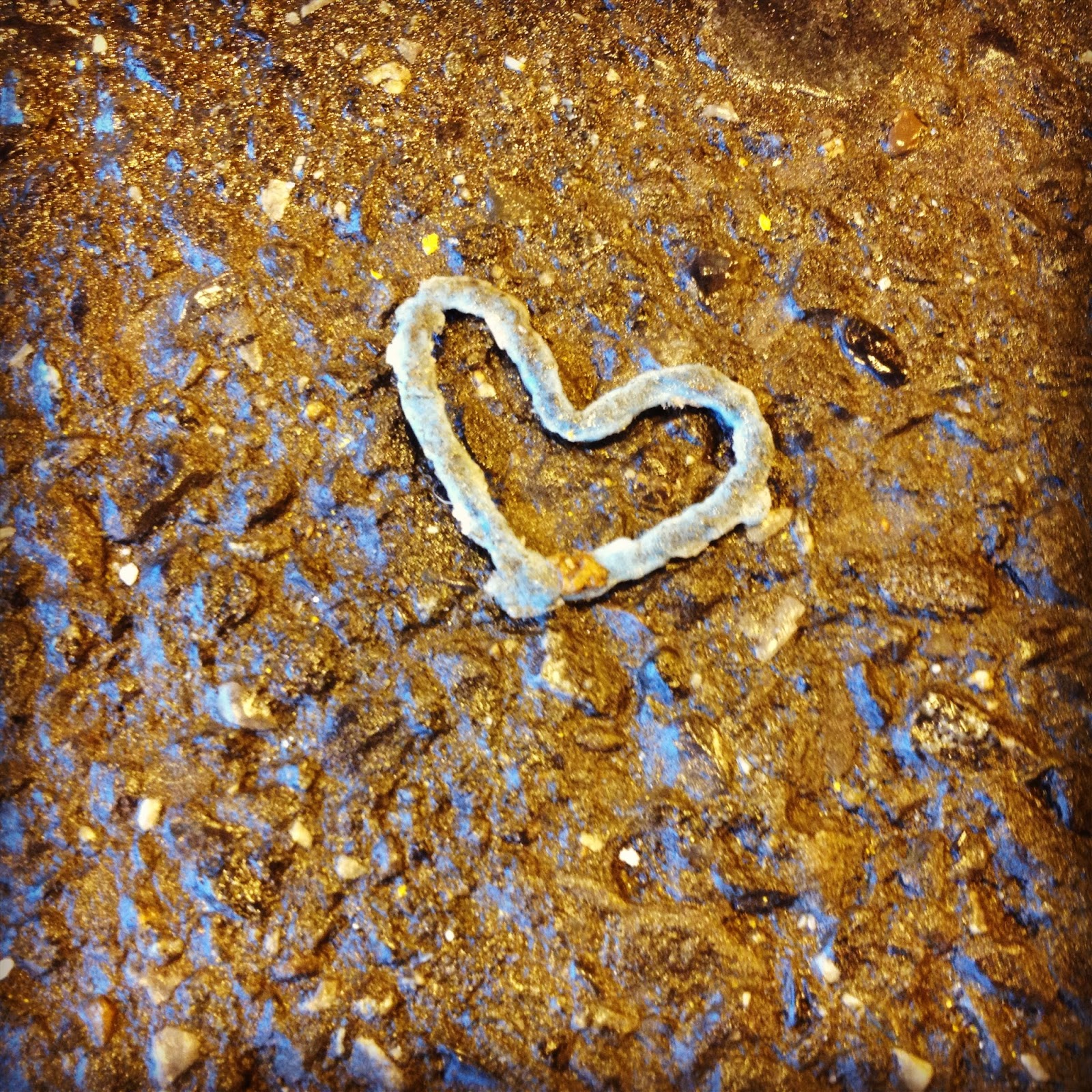 Some days you just need a little sign to get you through to the other side.

Epilogue: I called this post "The Reprise" for a reason. My first "Don't Stop Believin'" post was about my first ever 5k race and the meaning of that song for me after that race. It's hard to believe that was almost 2 years ago and that I have run 4 half marathons and a full marathon since then. The song has popped up at many key moments since then, most notably when I ran the NYC Marathon in November, but what stands out the most to me is how I never have a shortage of inspiring moments to pull me through my most challenging times. If there is one thing I've learned from having that star taped to my mirror all year, it's that no matter how bad things get I should indeed not stop believing because just around the corner...I'm likely to find another encouraging sign.
Posted by Anne D at 2:51 AM