A Beach Vacation in Sandbridge, Virginia

Last week my family, the little guy, and I went to Sandbridge Beach in Virginia for a week-long vacation. I needed the time away. Work was becoming overwhelming. There was too much to be done around the house. And the little guy and I were not getting the quality time together that I knew we needed.  The vacation was long overdue, but it wasn't easy.

Last year, we also did a family vacation at the beach. It was at LBI in New Jersey and it included Joe and his siblings and parents and even for a short time one of his friends. I wrote about that vacation here. There were many times during this past week that reminded me of that vacation at LBI and how wonderful it was and the joy of sharing it with our families. There were even times when I thought about how much Joe would have enjoyed this vacation at Sandbridge. In the end though, I know that he would have most liked the fact that the little guy and I were getting some good quality time together away from work and away from the pressures of maintaining the house.

And just as we created very special memories last year, we created many more this year too.

We visited the Military Aviation Museum in Virginia Beach and I know that Joe would have enjoyed seeing all the planes and cars and reading about the history of them. 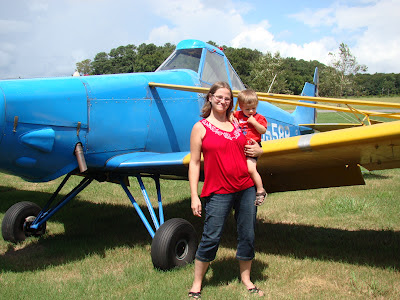 We took the kids to Hunt Club Farm so they could see some animals up close. Little guy took his first ever pony ride and was especially fond of hanging out with the poultry. He basically refused to leave the chicken coop not once, but twice. 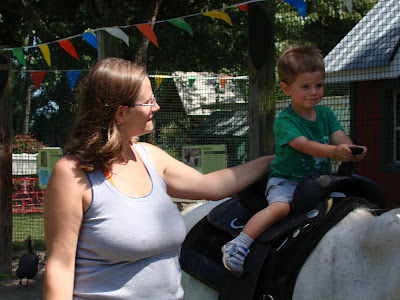 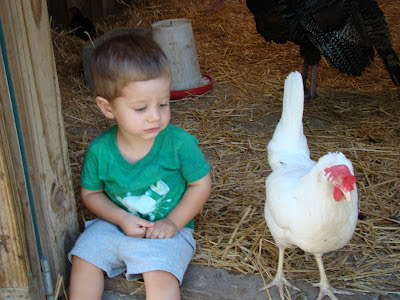 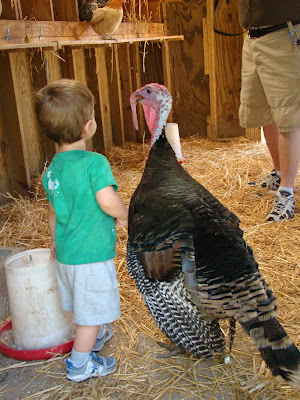 We went to the Virginia Aquarium and Marine Science Center where we posed with a shark, saw a snapping turtle and a snake eating a mouse, and gazed at thousands of fish.

The little guy discovered the Star Wars episode of Family Guy and would have watched it many times on repeat if we let him. His Daddy would have gotten a kick out of that one.

We had lots of fun at the beach including flying a kite with Aunt Naomi and Grandpop, chasing the birds and sand crabs, and watching a beautiful sunrise replace the Blue Moon. 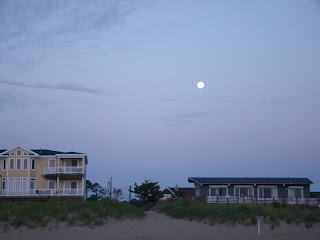 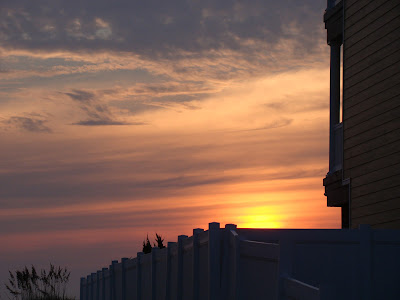 Perhaps Domani's favorite thing to do on vacation, however, was EAT. His Aunt Naomi even had a conversation with him at breakfast one morning that went like this:

And eat, he did - the whole week we were there. Shown below is perhaps his most impressive feat, an oversized bowl of pasta at Flip Flops Grill & Chill which all but disappeared. He even managed to save some room for dessert which he split with Grandpop. (Flip Flops, by the way, was a GREAT restaurant and was featured earlier this year on the show Diners, Drive-Ins, & Dives. Credit goes to my Dad for choosing that one. As you can tell, Domani approved!)

While the little guy and I were waiting for the sunrise on the day we left, a nice young woman took our photo while we were standing on the beach. I'm so happy to have this memory of our morning there together and thought it was a nice way to wrap up this post. 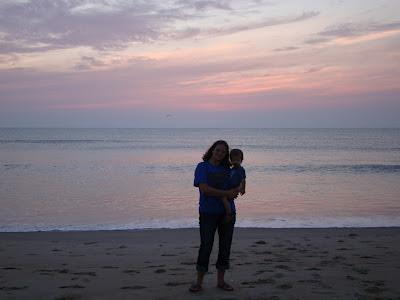